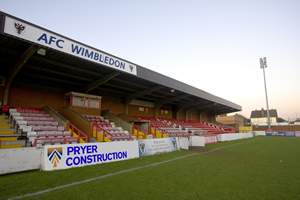 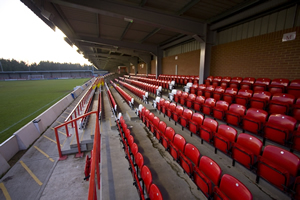 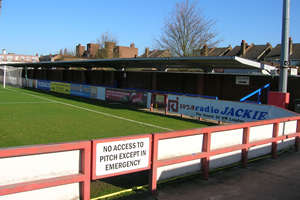 Hother Associates acted as Cost Consultants for AFC Wimbledon on the extension to their Fans’ Stadium and refurbishment of their hospitality facilities at their ground in Kingston-upon-Thames.

AFC Wimbledon’s continued climb up the divisions towards the Football League has meant that their facilities have had to be continually upgraded to meet the standards demanded of them by the FA, the HSE and, of course, the fans themselves.

The West Stand was extended to provide an additional 240 seats and various other facilities, such as pitch irrigation, catering, hospitality, office and back of house areas were updated and refurbished.

All of the works had to be pre-planned and carried out during the closed season, so as to minimise disruption and loss of revenue to the club.

The project was completed on time and on budget and gate receipts were instantly increased in the new season.